Congress has Taken Note of Ransomware

The meteoric rise of ransomware attacks are making waves in the tech community. Anyone who works in IT or web development has heard about this nasty form of malware. Ransomware has become such a concern that members of Congress have taken time out of their busy days to address it. 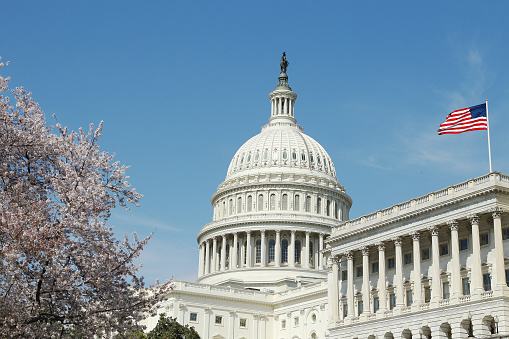 In a nutshell, ransomware is malware that takes over a user’s computer or an organization’s network. It prevents the user from accessing his computer or network’s files. In order to retrieve control, the user must pay the hacker’s ransom. Once the ransom is paid in full, the computer or network is unfrozen. In most instances, ransomware accesses computers and networks through e-mail attachments. The recipient opens a seemingly harmless e-mail correspondence only to find out that its attachment contains hackers’ ransomware. Such e-mails are commonly connected to massive phishing attacks that transmit malware to credulous computer users.

Why Ransomware is so Important

Ransomware is unique in the fact that it forces computer users to actually pay money to retrieve access to their digital files. This type of elaborate hack has not been seen in the past. Its unique complexity and potential to disrupt economic activity has drawn the attention of power brokers across the world, including those in the United States Congress. It is not only the computers of corporations that are targeted. Ransomware can target anyone, from the average layman who owns a computer to influential community leaders like Congressmen.

Ransomware is the “Next Level” of Malicious Software

Ransomware is extremely sophisticated. Teams of digital security experts have worked tirelessly to crack encryptions and find ways around this nasty software. Few have found any success. More often than not, the only acceptable solution is to give in to the hacker’s demand and pay the ransom. It is possible to wait out the ransomware by pausing operations for weeks or months until the proper decryption code surfaces. However, this is not a realistic option for companies that require computer and network access on a daily basis. According to Senator Lindsey Graham, a May 18 United States Senate Judiciary Subcommittee meeting found that upwards of 40 percent of ransomware victims paid hackers to remove the malicious software.

The Susceptibility of the Internet Age

Modern times are predominantly characterized by technological innovations. The average person relies on computers and the world wide web for everything from shopping to paying bills and storing sensitive information. Even home appliances are being connected to the Internet. This is precisely why ransomware has piqued the interest of beltway politicians. Imagine a scenario in which a Congressman’s desktop computer is hacked. The attacker gains access to digital files that contain highly sensitive information about national security, terrorism and international relations. He then uploads the ransomware onto the computer and demands that the Congressman pay $10,000 to regain access. This is the type of nightmare scenario that Congressmen would like to avoid. The United States House of Representatives actually received warnings a few months ago regarding the threat of ransomware and phishing attacks against public officials and their staffers. The best defense against such attacks is education and mindfulness. All computer users should stay abreast of malware advancements with a special focus on the missteps that can lead to a digital infection.