As smartphones, tablets and other mobile devices become a more essential part of our lives with each passing day, the same must become true in terms of mobile security. Viruses don’t just affect desktop and laptop computers – with millions upon millions of iPhone and Android devices in the wild, it makes sense that eventually the attention of hackers would turn towards people on-the-go to do the most damage. 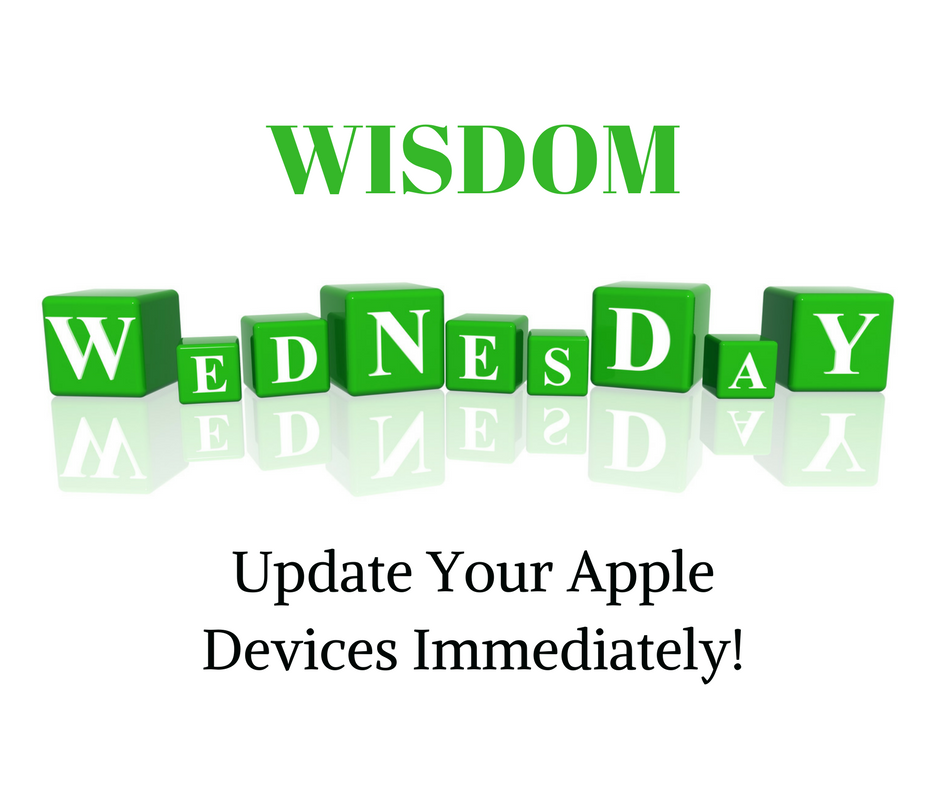 According to one study, there were 1,023,108,267 records stolen from mobile devices in particular during 2014. Not all of this has to do with smartphones that are lost or stolen – another study estimates that an incredible 25% of all mobile devices encounter a security threat each month.

So when a company as big as Apple issues an urgent security update and urges iPhone and iPad owners to download and install it right away, to say that you should listen is something of an understatement. Apple’s recent iOS and MacOS update, released in July of 2017, targets a particularly dangerous vulnerability in the hardware of those devices that you need to be aware of moving forward.

The Story with Broadpwn

Earlier in 2017, security researchers discovered a vulnerability in certain models of Wi-Fi chips that have the potential to bring a device to its knees before a user even realizes that something is wrong in the first place. The exploit is known as Broadpwn and it allows a hacker to execute a malicious piece of code remotely, taking total control of your device through the Wi-Fi chip.

Once Broadpwn has been utilized, a hacker has total control of everything – from the operating system to the central processing unit and everything in between.

What makes Broadpwn particularly nasty (and terrifying) is that all a hacker has to do is get within the range of your device – they don’t actually need physical access to run their code. This means that they could be sitting near you in an airport terminal or could be at the table next to you in a public coffee shop and do just as much damage as they would if they had stolen your device from your pocket if you weren’t looking.

The flaw is estimated to affect millions of Apple and Android devices currently being used by people all over the world. To Apple competitor Google’s credit, they already released a patch for the Android operating system earlier in July. Apple took a bit of additional time because it had to work on unique fixes for both the iOS mobile operating system and the macOS desktop platform.

Thankfully, all Apple software updates are incredibly easy to install. Once your device is connected to a Wi-Fi network (which is recommended in the case of an iPhone in particular because the file itself is quite large), all you have to do is complete the following steps:

If your Apple device is a computer like an iMac or MacBook Pro, the steps to update are even easier. All you need to do is open the “App Store” app and click on the tab labeled “Updates.” Once your computer serves you the update, click “Download and Install.” Your computer will reboot a few times during this process and at the end, you will be free from the danger of Broadpwn.

Apple and Security: What You Need to Know

Apple has always had a reputation for offering very secure devices in both the mobile and desktop worlds. While this is true, the idea that Apple devices “don’t ever” get viruses is something of a myth. This used to be true, but we’re talking about ten or more years ago. Hackers rarely targeted Apple’s desktop operating system, simply because it wasn’t efficient to do so. Not only was Windows a naturally less secure operating system that what Apple was running, but there were also exponentially more Windows computers in use worldwide. It didn’t make sense to spend time writing a piece of code that targeted an Apple device if the chances of success were low in the first place.

However, thanks to both the explosion in popularity of the iPhone and the fact that more people are buying Apple computers, things have changed. Apple devices are still targeted by specific viruses much less than their Windows counterparts, but those numbers are always on the rise. One study estimates that in 2015, there were five times as many instances of Apple-specific malware on desktop and laptop computers than there was in the five previous years combined. Likewise, the iOS operating system saw a 262% increase in vulnerabilities compared to just a few years earlier in 2011.

All of this is to say that you should not assume that your device is protected just because it has the Apple logo on it. Cybersecurity is a pressing concern for everyone who uses the Internet in any way, regardless of who made your computer or smartphone or what company you’ve chosen to do business with in the past. To assume otherwise is a legitimate recipe for disaster.

Though it’s true that Apple adds a lot of excellent new features to devices like the iPhone and iPad, they’re also designed for something much more important – keeping your device, your data and ultimately yourself safe from harm. If you’re in Baltimore, Washington, Philadelphia & Mid-Atlantic Region and would like to find out more information about this or any other pressing IT-related topic, please don’t hesitate to contact Kyocera Intelligence today at (800) 875-8843 or by sending us an email to itsolutions@kimidatlantic.com.