Even though the concept of cloud computing has been around in full force for the last several years, there are STILL people who approach it with a degree of caution. After all, by taking such a drastic step in the name of convenience you’re obviously giving up a certain degree of security in the form of control, right? Who is more equipped to look after the safety and security of your data than your own team on your own servers? 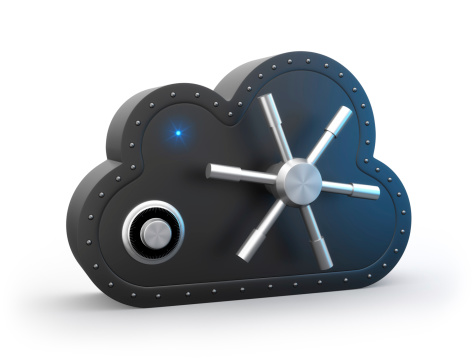 In reality, this couldn’t be farther from the truth. Not only does the cloud represent the next generation in terms of computing and technology, but it also brings next-generation security benefits right along with it.

The Cloud: Your First Line of Defense Against Attacks

According to a Cloud Security Report issued by Alert Logic, moving your mission-critical business data into the cloud does NOT make you more vulnerable to a cyber attack – or even more likely to get hit with a cyber attack in the first place. The report indicated that most attacks are split evenly between local and cloud-based systems.

Where the cloud does excel in dealing with cyber attacks, however, are the security provisions put in place designed to stop these hackers dead in their tracks. Cloud service providers are specially equipped to monitor and protect your data to the point where they’ve made it an important part of their business model. A cloud provider who has a primary focus on security is in a much better position to ward off an attack than a business owner like yourself who has 1,000 other things to worry about at any given moment.

Security Begins and Ends With Your Provider

If you think about the type of security infrastructure you have in place to manage your in-house resources, you probably rely heavily on a business-grade firewall. While this is a great first step, what happens if an intruder makes it a bit farther than that? What happens if they make it all the way onto your network? Do you have the resources available to identify this suspicious activity and mitigate the damage before it ends up evolving from a “security problem” into a full-blown incident?

Cloud service providers do. Not only do they have access to vast resources and state-of-the-art security functionality, but they also regularly consult with businesses to help educate clients about how their important data is safe and to debunk myths about the cloud in general.

Once again, one of the most important things to understand about the cloud is that security is part of the service you’re being sold. When you buy a hard drive for local storage, the company who manufactured the drive doesn’t care if it eventually fails or is compromised during an attack – they care that you bought it in the first place. Cloud providers, on the other hand, are literally selling security as a featured part of the package. Because of this, they’re held to significantly higher standards than any one localized IT infrastructure.

Not only are standards set by the Service Organization Control, but your information is also geographically distributed via data centers spread out around the globe. In addition to being independently audited by third-party professionals, there are other compliance measures in place to help hold cloud service providers accountable for meeting these high standards. This ultimately helps ensure that your private, secure mission-critical data stays that way today, tomorrow, five years from now and beyond.

At Kyocera Intelligence, we pride ourselves on being your trusted choice when it comes to staying ahead of the latest information technology tips, tricks, and news. If you’re interested in learning more about what makes the cloud such a secure and powerful platform for businesses everywhere, please feel free to contact us at (800) 875-8843 or send us an email at itsolutions@kimidatlantic.com today.