Living in rural American often means lack of Internet access. Is it possible to get broadband in the country? What’s happening to fix the rural-urban digital divide? 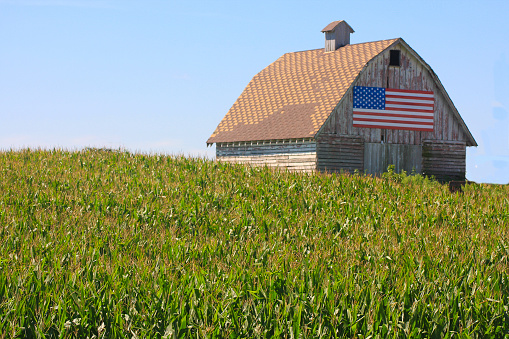 Currently, 34 million Americans don’t have access to broadband. If you’re used to lightning-fast speeds and quick downloads, it may be impossible to even imagine living without broadband or fiber optics, but for more than 10 percent of Americans, it’s their daily reality.

The majority of people without broadband live in rural areas. There, the lack of access directly hampers their ability to take advantage of the educational and entrepreneurial opportunities available online. Fortunately, there is hope for change, and many entities are working together to increase access in these areas.

In the meantime, however, there are effective ways to live, work and prosper in these areas, even without broadband access.

In rural areas, 39 percent of residents can’t get broadband, but in urban areas, that issue only affects 4 percent of people. The digital divide doesn’t just mean that you can’t watch funny goat videos in the country, and if that was the only issue, who would care? It’s easy to get your own goat and watch his antics in person if you live out in the country.

The problem goes far beyond that. It’s not just entertainment that suffers. Education and business suffer as well. Even businesses not located in rural areas suffer—the lack of access means fewer online shoppers. Remember, these shoppers don’t have a lot of stores nearby, and as a result, they may need e-commerce even more than people in urban areas.

Rural schools tend to have low-speed Internet connections and very high Internet costs. This means these students can’t tap into all the learning that happens online. From free online college classes to online college prep testing, these students are being left in the cold, and their schools (often already struggling with reduced funding due to comparatively low property taxes) are cutting into their budgets to afford the cost of a weak connection.

The problem affects businesses as well. New businesses are less likely to set up shop in these areas, even if all the other logistical factors are in place. Also, when entrepreneurs try to run a business in an area without Internet, they have to deal with a range of issues. Even something like increased downtime makes it challenging to have meetings online, download documents, use collaborative project-management software or do something as simple as run credit cards for payments.

The Internet in Rural America

Without access to broadband, rural users rely on slower, less reliable Internet options. Many areas have DSL, but when running over phone lines that are generations old, top speeds tend to be slower than 10 Mbps, and actual speeds tend to be a lot lower. Satellite Internet is an option in many rural areas, but access varies widely from place to place, and storms and clouds can reduce service.

With millions of people, businesses, schools, nonprofits and others eager for rural Internet, it seems like Internet service providers would be rushing in to fill the gap. Why is that not happening? To put it simply, the cost is the main reason ISPs aren’t jumping into these areas.

To get started in rural areas, ISPs have to lay down cables. That creates huge upfront costs. In a densely populated area, those costs are defrayed by huge numbers of people signing up for service. Rural areas simply don’t have the numbers. Even if every single person and business in these areas signed up for service, there would not be enough subscribers to offset the cost of laying cable and entering the market.

Solutions to Lack of Broadband Access in Rural Areas

To improve access, private and public sectors are joining together to expand broadband into rural areas. Microsoft has pledged its support for the project, and in particular, the company’s Rural Airband Initiative seeks to work with telecom companies to bring access to 2 million rural residents by 2022. Microsoft also plans to stimulate investment through licensing, and spearhead digital training so rural residents know how to make the most of the Internet.

The Federal Communications Commission (FCC) also has plans to help expand access. The FCC has long been a critical driver for communication reform in rural areas, with the Universal Service Fund (USF) at the heart of those activities. Now, the FCC wants to expand the objectives of the USF to include broadband as part of the focus. The FCC wants to offset the costs of setting up cable and infrastructure for ISPs with the new Connect America Fund.

Thriving in Areas Without Broadband

If you run a nonprofit, work as a school administrator, oversee a library or engage with rural Internet as a consumer, the options can feel bleak, but there are things you can do. This advice also applies to freelancers and small businesses in these areas. First, for the sake of your organization, it’s critical to find out what’s available.

Provided you can hook up a landline, you can almost certainly get Internet over a digital subscriber line (DSL). Satellite may be faster, but that can vary from property to property based on trees and other obstructions. Expect to spend time investigating and trying out available options before you hone in on what works.

Once you’ve found an ISP, even if it’s not broadband, you need to take all possible steps to boost your speed. That can mean hard-wiring devices to your modem rather than using wifi, positioning the modem in an advantageous spot, or placing your satellite in the most optimal spot.

On top of that, consider getting involved. Find out about programs and grants that can help bring broadband access to your area. Advocate for those programs to take place in your area.

If you’re thinking about relocating to a rural area or if you’re currently dealing with the challenges of rural Internet, Kyocera Intelligence can help. We serve residents throughout the Baltimore, Washington, Philadelphia & Mid-Atlantic Region area and beyond. Call (800) 875-8843 or contact us at itsolutions@kimidatlantic.com for more information today.