How to NOT Get BS’d By Your IT Company

It’s often pretty hard to know whether you are being BSed by a service company that presumably makes its living off of when things fall apart in your office—especially when those “things” are important and somewhat elusive technologies, like IT security and infrastructure. How does a business owner know when the sales guy isn’t just […]

It’s often pretty hard to know whether you are being BSed by a service company that presumably makes its living off of when things fall apart in your office—especially when those “things” are important and somewhat elusive technologies, like IT security and infrastructure. How does a business owner know when the sales guy isn’t just selling him on the same thing that has failed him countless times before? Or that he isn’t signing up for a service-based system rooted in a conflict of interest wherein the guy he hires is motivated only to put out fires?

Not sure of the difference between an “IT firefighter” and an IT business consultant? It’s really very simple—one has your business’ success as a top priority, and one does not.

When deciding if your IT guy is BSing you, consider his motivation and his company mission. 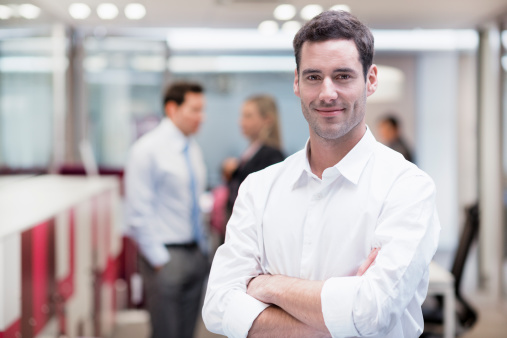 You want to be on the lookout for an IT team that has a philosophy based on business continuity and partnership—where they have a stake in your operation being up-and-running as often as possible, and your continued success marks THEIR continued success. You want your IT team to take pride in the fact that they don’t have to deal with catastrophes because they have set things up to not fail.

Of course, when the inevitable data disaster does happen, you want your IT team to take it personally—and respond quickly with vigilance, efficiency, and innovation.

Sure, every decent IT company should have data disaster response as part of its service offerings—but it goes beyond that. You have to look at their motivation for responding in the first place. Is putting out fires the main way these guys market themselves and how they earn their money?

Since the biggest difference between a strategic IT business consultant and a typical “IT Guy” is that one has your business continuity as its highest priority and the other is usually motivated to make money from a business’ complex IT failures, it makes sense that you want to look to hire someone with the former company offerings. And it also makes sense to avoid those who are motivated to profit from your failure like the plague.

How Can You Be Sure Your IT Company Wants to Set You Up For Success and Not Failure?

A reputable IT business consultant will always have your ultimate business success as its primary goal, so they have a vested interest in protecting IT infrastructure BEFORE it falls apart and over the long haul. If you need assistance with establishing a solid business continuity plan so that you can stay productive and profitable even in the face of a disaster, Kyocera Intelligence can help. Contact us at (800) 875-8843 or send us an email at itsolutions@kimidatlantic.com for more information.