Are You Wasting Your Time Using Outdated Technology? Here’s 4 Vital Signs it’s Time to Update the Technology Within Your Small Business! 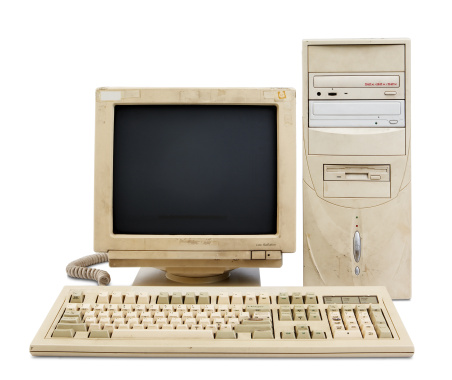 Running a small business is tough. You’re probably not making much profit, and to make even those slim profits you have to squeeze the absolute most out of your resources. It’s easy to see why small business owners don’t want to fork over hundreds of dollars for new computers, smartphones, and tablets when what they have now is working “good enough”.

Stingy small business owners should be aware that buying the latest technology is not all about keeping up appearances with shiny new laptops and smartphones stuffed with the trendiest of apps. Skimping on tech updates will eventually cost money in the long-term, even if you are saving in the short-term by not spending capital now. Here are 4 signs it’s time to bite the bullet and whip out the wallet to upgrade the technology used by your small business.

Computer repair isn’t cheap. Each time your equipment breaks down you’re going to have to pay upwards of $100 per hour to pry some neck-bearded nerd away from his feast of Mountain Dew and Doritos and illegally torrented Game of Thrones to come fix your computers (Editor’s Note: we use hyperbole and play on stereotypes for comedic effect. We believe most computer repair specialists are distinguished and handsome and have appropriately groomed facial hair. Please do not organize a DDoS attack against us).

There comes a point when repairs become so frequent and costly that you will save money by buying new hardware altogether.

Another aspect of getting the most out of your resources as is getting the most production out of your employees as possible. If you notice a sudden dip in your workers’ performance, it might not be simple laziness. Maybe they’re only working as fast as their sluggish technology will allow.

Sometimes just because a computer is slow doesn’t mean it needs to be replaced entirely to get faster. The solution may be as simple as installing some more RAM sticks, which can cost less than $100 and is easy enough to be done yourself without calling in those $100 per hour specialists. But these quick fixes are always temporary: nothing boosts speed better than replacing old technology with new and improved technology.

If you jack up the speed of your technology and still your workers aren’t performing up to par, then maybe it’s time to orchestrate a few walk-bys to determine if your employees are actually working or if maybe they’re browsing Reddit instead.

Are you familiar with Moore’s Law? This concept claims that computer chips double in power and speed every 18 months.

Software is being developed to take advantage of these more powerful computers, so the average minimum requirements for new programs are increasing to match. If your computers can’t run programs that other businesses in your field are using, that puts you at a competitive disadvantage. Be just as good as or better than your competitors by upgrading your computers to the point of being able to run the latest and greatest programs relevant to your business.

This is a good problem to have. If you’re getting more customers, selling more products or services, striking deals with other businesses, congratulations! Your business is currently succeeding.

The profits made from your ballooning business should not be blown on a caviar tasting session on your new yacht. Instead, you would be wise to invest most of those profits back in your company to expand your infrastructure and accommodate growth. The technology that worked before with fewer customers will need to be upgraded to sustain the same quality of service for a greater number of customers.

Interested in learning more about how to make your small business more productive? Contact us at (800) 875-8843 or send us an email at itsolutions@kimidatlantic.com. Kyocera Intelligence is happy to help you grow your small business.