Architects who embrace the full vision of augmented and virtual reality can reap significant rewards: Quick approval on complex projects, and a richer experience for their clients.

If you’ve played with virtual reality (VR) or augmented reality (AR) apps you probably went through a “Wow!” phase. Now you can use them to win over your clients. 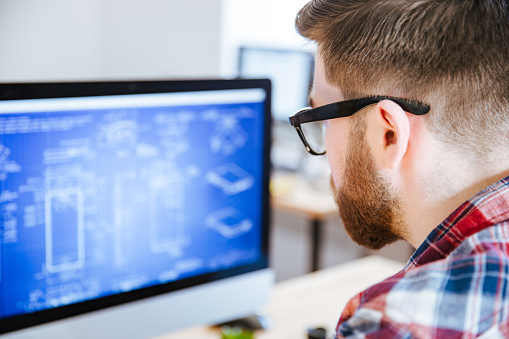 The same technology behind games such as Pokémon Go and the myriad of ghost-hunting apps is helping to solve real world problems for architects, engineers, contractors, and designers.

VR and AR can provide an immersive experience for your clients, and help them visualize how your project will look when completed.  They’re a massive boom for an industry that requires others to realize a vision. The top augmented reality and virtual reality apps are game-changers and offer you the competitive edge your architectural firm needs.

To translate a two-dimensional image into three-dimensional space, and then walk through it, is close to science fiction for most people.  While augmented reality and virtual reality play a part in our daily lives with map platforms and gaming apps, most haven’t “walked through” a design that doesn’t actually exist.

Graphics continue to improve, as do the formulas that generate virtual worlds— And they come with more detail than ever before. Imagine being able to walk through a new apartment building to assess space utilization and deciding whether or not your furniture will fit before the building even exists! That’s the benefit virtual and augmented reality apps bring to the architectural and design space.

While the terms are sometimes used interchangeably, these two types of computer-driven environments are fundamentally different. Virtual reality provides a fully-immersive, non-real world that users can interact with—While augmented reality is made up of a computer-based overlay on the real world.

Although you’ve likely heard more about these technologies in recent years, virtual reality first came into prominence around 1957 with the interactive Sensorama theater concept. The idea of interacting with computer-based environments was shared with broader audiences in the 1980s and 90s in several popular films such as 1992’s Lawnmower Man, an adaptation of a Stephen King novel.  The AR/VR world of 2017 is much different than these initial incarnations of applied science and mathematics.

Apps such as ViewAR provide custom-fit, augmented, mixed and virtual reality solutions that can be configured for various types of businesses. This type of augmented reality is the ideal sales tool for real estate developers and architects, as it allows visualization in a real-life surrounding complete with furniture. Architects will find this technology especially useful, as it provides the ability to present buildings in their future state as if they already exist.

VR headsets such as Oculus Rift and HTC Vive provide fluid movement between current reality and the future reality—showing not only what’s actually there, but what’s possible. The full dimension of scale and visceral feeling provide a more human-like experience that’s relatable and understandable. Programs like Iris VR can even use Google Cardboard to walk through a building in real-time, climb stairs, walk in all directions, and overlay an architect’s three-dimensional drawings and notes into space.

Have you ever wanted to change a design but were concerned because it could result in an expensive re-work?  Now you can and without the expense. With AR, you can judge the difference before and after.

This forward-thinking functionality provides a way for you to engage your audience at an earlier stage of the design process, and to ensure that future versions of your designs are dialed into the client’s desires and requirements.

If you try to sell a concept that clients won’t approve because of cost or other concerns, using virtual reality may help to show them the impact it can have, and ultimately convince them it’s the way to go.

Simply stating that marble floors would be the ideal selection for a hotel entryway may seem like an unnecessary expense, until investors can view the difference it will make.

The exciting advances in virtual and augmented reality allow you to communicate your vision in a richer way than is possible with a two-dimensional drawing. These systems are now so sophisticated that they can reveal how either natural or artificial lights interact with an environment. This makes it easier for your clients to envision your designs and embrace them.

Want to learn more about how augmented reality, virtual reality and other technologies can enhance your architectural projects?  Contact Kyocera Intelligence at (800) 875-8843 or itsolutions@kimidatlantic.com. Our technology professionals stay up-to-date on the latest advances, and can work with you to turn your visions into reality.